We are excited to announce official Quirkos support for Linux! This is something we have been working on for some time, and have been really encouraged by user demand to support this Free and Open Source (FOSS) platform. Quirkos on Linux is identical to the Windows and Mac versions, with the same graphical interface, feature set and file format, so there are no issues working across platforms.

Currently we are only offering a script based installer, which can be downloaded from the main download page. In the future we may try and offer some packaged based deb or rpm downloads, but for the moment there are two practical reasons this is not feasible. First, it is much easier for us to provide one installer that should work on all distributions, regardless of what package manager is utilised. Secondly, Quirkos is build using the latest version of Qt (5.5) which is not yet supported in most stable distributions yet. This would either lead to dependency hell, or users having to install Qt5.5 libraries manually (which actually take up a lot of space, and are themselves based around a script based installer). However, we will revisit this in the future if there is sufficient demand.

Most dependencies can be solved by installing qt5 from your repository, although most KDE desktops will already have many of the required packages.

Once downloaded, you must make the installer file executable. There are two ways to do this, either by running “chmod +x  quirkos-1.3-linux-installer.run” from the shell in the directory containing the installer, or an alternative GUI based method in Gnome is to right click on the file in the Nautilus file browser, select the properties tab, and then tick the 'Allow executing file as program' box.

Once you've done this, either double click on the file, or run in the bash terminal with “./quirkos-1.3-linux-installer.run”. Of course, if you want to install to a system wide folder (such as /opt/bin) you should run the installer with root permissions. By default Quirkos will install in the user's home folder, although this can be changed during the install process. An uninstaller is also created, but all files are contained in the root Quirkos folder, so deleting the folder will remove everything from your system. After installing, a shortcut will be created on the desktop (on Ubuntu systems) which can be used to run Quirkos, or dragging the icon to the Unity side-bar will keep the launcher in an accessible place. Otherwise, run the Quirkos.sh file in the Quirkos folder to start the application.

If you are looking for FOSS software for qualitative research, try RQDA, an extension for the versatile R statistical package, an open source alternative to SPSS. There is also Weft QDA, although this doesn't seem to have been updated since 2006. It's worth noting that both have fairly obtuse interfaces, and are not well suited for beginners!

We have tested Quirkos on numerous different systems, but obviously we can't check all iterations. So if you have any problems or issues, PLEASE let us know, this is new ground for us, and indeed is the first 'mainstream' qualitative analysis software to be offered for Linux. In fact, tell us if it all works fine as well – the more we hear people are using Quirkos on Linux, the better!

So, you’ve arranged some interviews; you’ve had some professional email exchanges and perhaps a pleasant introductory call. Now you’re in the meeting place, the door has closed. You’ve planned for this and you have strategies to keep you safe, haven’t you? 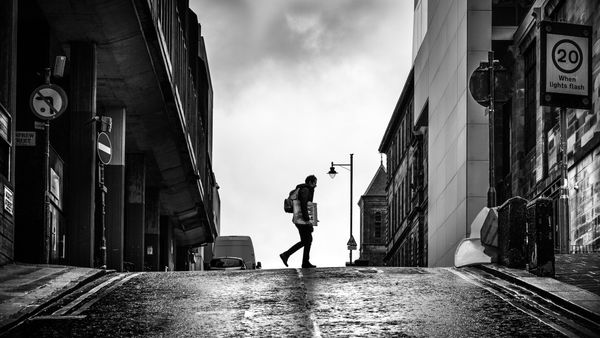 Lockdown has led many of us to look for new ways to get exercise, relieve stress or engage with our natural environment. Open Water Swimming seems to be the new 'thing'; everybody's doing it, including me! Admittedly I've been doing it a few years, so it was no surprise when