“It’s where you make up as you go along!”

For a lot of students, Grounded Theory is used to describe a qualitative analytical method, where you create a coding framework on the fly, from interesting topics that emerge from the data. However, that's not really accurate. There is a lot more to it, and a myriad of different approaches.

Basically, grounded theory aims to create a new theory of interpreting the world, either when it’s an area where there isn’t any existing theory, or you want to challenge what is already out there. An approach that is often overused, it is a valuable way of approaching qualitative research when you aren’t sure what questions to ask. However, it is also a methodological box of worms, with a number of different approaches and confusing literature.

One of my favourite quotes on the subject is from Dey (1999) who says that there are “probably as many versions of grounded theory as there are grounded theorists”. And it can be a problem: a quick search of Google Scholar will show literally hundreds of qualitative research articles with the phrase “grounded theory was used” and no more explanation than this. If you are lucky, you’ll get a reference, probably to Strauss and Corbin (1990). And you can find many examples in peer-reviewed literature describing grounded theory as if there is only one approach.

Realistically there are several main types of grounded theory:

Classical (CGT)
Classical grounded theory is based on the Glaser and Strauss (1967) book “The Discovery of Grounded Theory”, in which it is envisaged more as a theory generation methodology, rather than just an analytical approach. The idea is that you examine data and discover in it new theory – new ways of explaining the world. Here everything is data, and you should include fieldwork notes as well as other literature in your process. However, a gap is recommended so that literature is not examined first (like when doing a literature review) creating bias too early, but rather engaging with existing theory as something to be challenged.

Here the common coding types are substantive and theoretical – creating an iterative one-two punch which gets you from data to theory. Coding is considered to be very inductive, having less initial focus from the literature.

Modified (Straussian)
The way most people think about grounded theory probably links closest to the Strauss and Corbin (1990) interpretation of grounded theory, which is probably more systematic and concerned with coding and structuring qualitative data. It traditionally proposes a three (or sometimes two) stage iterative coding approach, first creating open codes (inductive), then grouping and relating them with axial coding, and finally a process of selective coding. In this approach, you may consider a literature review to be a restrictive process, binding you to prejudices from existing theory. But depending on the different interpretations, modified grounded theory might be more action oriented, and allow more theory to come from the researcher as well as the data. Speaking of which…

Constructivist
The seminal work on constructivism here is from Charmaz (2000 or 2006), and it’s about the way researchers create their own interpretations of theory from the data. It aims to challenge the idea that theory can be ‘discovered’ from the data – as if it was just lying there, neutral and waiting to be unearthed. Instead it tries to recognise that theory will always be biased by the way researchers and participants create their own understanding of society and reality. This engagement between participants and researchers is often cited as a key part of the constructivist approach.
Coding stages would typically be open, focused and then theoretical. Whether you see this as being substantively different from the ‘open – axial – selective’ modified grounded theory strategy is up to you. You’ll see many different interpretations and implementations of all these coding approaches, so focus more on choosing the philosophy that lies behind them.

Feminist
A lot of the literature here comes from the nursing field, including Kushner and Morrow (2003), Wuest (1995), and Keddy (2006). There are clear connections here with constructivist and post-modern approaches: especially the rejection of positivist interpretations (even in grounded theory!), recognition of multiple possible interpretations of reality, and the examination of diversity, privilege and power relations.

Post-modern
Again, a really difficult segmentation to try and label, but for starters think Foucault, power and discourse. Mapping of the social world can be important here, and some writers argue that the practice of trying to generate theory at all is difficult to include in a postmodern interpretation. This is a reaction against the positivist approach some see as inherent in classical grounded theory. For where this leaves the poor researcher practically, there are at least one main suggested approach here from Clarke (2005) who focuses on mapping the social world, including actors and noting what has been left unsaid.

There are also what seem to me to be a variety of approaches plus a particular methodology, such as discursive grounded theory where the focus is more on the language used in the data (McCreaddie and Payne 2010). It basically seeks to integrate discourse analysis to look at how participants use language to describe themselves and their worlds. However, I would argue that many different ways of analysing data like discourse analysis can be combined with grounded theory approaches, so I am not sure they are a category of their own right.

To do grounded theory justice, you really need to do more than read this crude blog post! I’d recommend the chapter on Grounded Theory in Savin-Baden and Howell Major’s (2013) textbook on Qualitative Research. There’s also the wonderfully titled "A Novice Researcher’s First Walk Through the Maze of Grounded Theory" by Evans (2013). Grounding Grounded Theory (Dey 1999) is also a good read – much more critical and humorous than most. However, grounded theory is such a pervasive trope in qualitative research, indeed is seen by some to define qualitative research, that it does require some understanding and engagement.

But it’s also worth noting that for practical purposes, it’s not necessary to get involved in all the infighting and debate in the grounded theory literature. For most researchers the best advice is to read a little of each, and decide which approach is going to work best for you based on your research questions and personal preferences. Even better is if you can find another piece of research that describes a grounded theory approach you like, then you can just follow their lead: either citing them or their preferred references. Or, as Dey (1999) notes, you can just create your own approach to grounded theory! Many argue that grounded theory encourages such interpretation and pluralism, just be clear to yourself and your readers what you have chosen to do and why!

We've done a short video overview of grounded theory, which also shows it one way of applying it in Quirkos:

If you want to give Quirkos a try, and see how it makes grounded theory fun and engaging, you can download the free trial here.

When I’m helping researchers prepare to conduct research interviews for the first time, there is a variety of attitudes. Some start with under-estimating the complexity of research interviews. Others are almost paralysed by the fear of the “what if”s. Most experience the more usual mild anxiety... 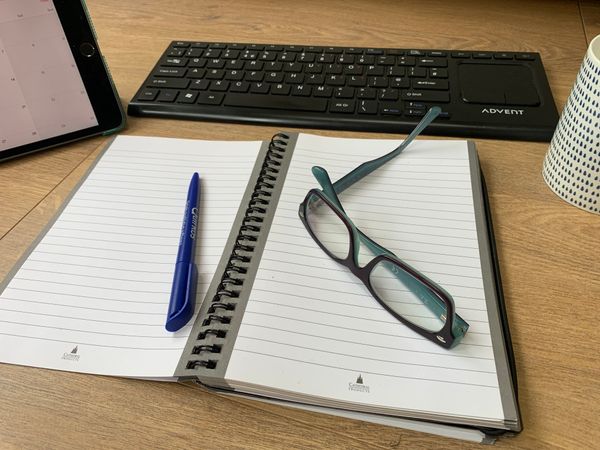 ... that made me wonder, as a researcher, what kinds of things will your future-self thank you for?

Sometimes content analysis is applied as a blanket term for looking to see what qualitative data is about (ie the content) and from there many approaches can be applied.