There are a lot of different ways to collect qualitative data, and this article just provides a brief summary of some of the main methods used in qualitative research. Each one is an art in its own right, with various different techniques, definitions, approaches and proponents.

More on each one will follow in later articles, and it’s worth remembering that these need to be paired with the right questions, sampling, and analysis to get good results.

Possibly the richest, and most powerful tool: talking to someone directly. The classic definition is “conversations with a purpose“, the idea being that there is something you are interested in, you ask questions about it, and someone gives useful responses.

There are many different styles for example how structured your questions are (this paper has a wonderful and succinct overview in the introduction). These can range from a rigid script where you ask the same questions every time, or completely open discussion, where the researcher and respondent have freedom to shape the conversation. A common middle ground are semi-structured interviews, which often have a topic guide, listing particualar issues to discuss, but will allow questions for clarification, or to follow up on an interesting tangent.

Often the remit of ethnography or sociology, participant observation usually involves watching, living or even participating in the daily life of research subjects. However, it can also involve just watching people in a certain setting, such as a work meeting, or using a supermarket.

This is probably the most time intensive and potentially problematic method, as it can involve weeks or even years of placement for a researcher, often on their own. However, it does produce some of the richest data, as well as a level of depth that can really help explain complex issues. This chapter is a fine starting point.

A common method used in market research, where a researcher leads a group discussion on a particular topic. However, it is also a powerful tool for social researchers, especially when looking at group dynamics, or the reactions of particular groups of people. It’s obviously important to consider who is chosen for the group, and how the interactions of people in the group affect the outcome (although this might be what you are looking for).

It’s usually a quicker and cheaper way of gauging many reactions and opinions, but requires some skill in the facilitator to make sure everyone’s voice is being heard, and that people stay on track. Also a headache for any transcribers who have to identify different voices from muffled audio recordings!

Getting people to write a diary for a research project is a very useful tool, and is commonly used in looking at taboo behaviours such as drug use or sexuality, not just because researchers don’t have to ask difficult questions face-to-face, but that data can be collected over a long period of time. If you are trying to find out how often a particular behaviour occurs, a daily or weekly record is likely to be more accurate than asking someone in a single interview (as in the studies above).

There are other benefits to the diary method: not least that the participant is in control. They can share as much or as little as they like, and only on topics they wish to. It can also be theraputic for some people, and is more time flexible. Diaries can be paper based, electronic, or even on a voice recorder if there are literacy concerns. However, researchers will probably need to talk to people at the beginning and end of the process, and give regular reminders.

Probably one of the most common qualitative methods are the open ended questions on surveys, usually by post, on-line, or ‘guided’ by someone with a clipboard. Common challenges here are

The final challenge is to make sure the responses are useful, and integrating them with the rest of the project, especially quantitative data.

Sometimes the most overlooked, but most vaulable source of information can be the notes and field diaries of researchers themselves. These can include not just where and when people did interviews or observations, but crucial context, like the people who refused to take part, and whether a interviewee was nervous. It need not just be for ethnographers doing long field work, it can be very helpful in organising thoughts and work in smaller projects with multiple researchers.

As part of a reflexive method, it might contain comments and thoughts from the researcher, so there can be a risk of autobiographical overindulgence. It is also not easy to integrate ‘data’ from a research diary with other sources of information when writing up a project for a particular output.

This is just a whistle-stop introduction, but more on each of these to follow… 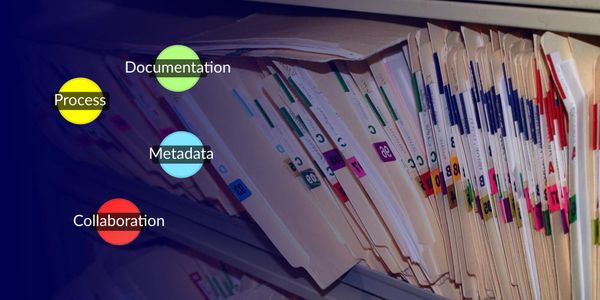 In this blog post, I'm going to try and persuade you to do something really boring. Develop a formal process to record your analysis journey, and the coding systems you have.

A codebook doesn’t include the extracts of data themselves, but a detailed description of the codes, how they should be used, their relationship to each other, what should be included and excluded in each code.

Today we are excited to announce that the amazing Cathy Gibbons (Arc52.com / formerly University of Nottingham) will be joining us and developing exciting new training, guidance and community support